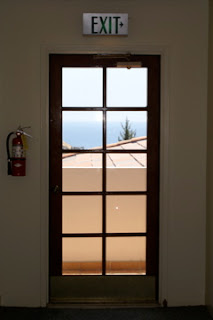 Gratitude …
Sure, it’s a good word.
Who doesn’t want to be grateful?
Or at least, to talk about it.
But gratitude can be a surface thing.
Like a suntan, fleeting for a season …
Words we say, or sing, or pray.
But deep down, something strange and dark.
We actually believe in ourselves more than God.
That it’s our work,
Our diligence,
Our intelligence,
Our drive,
Our ambition,
Our dreams,
Our … whatever … fill in the blank …
That made the day and spread the table,
And filled the bank account and filled
The gas tank.
And I did it my way.
I mean, is it me that provides the daily bread spread upon the table?
Or is there some hidden mystery here that I prefer to ignore.
Some might call it chance.
Or fate.
Or the luck of the draw.
Or it is what it is.
A mystery, that I’d like to ignore … that I have things … and a home … daily bread … and work.
Some would call it grace.
Even God.
But if it’s grace that provides …
If it’s God that gives …
Then I can’t be anything but really grateful …
And humble …
And never again look down my nose at anyone who has less …
And never again suggest that I did it, and so can they,
If they would only work as hard as I have worked hard …
As if I could make the sun rise,
And the wheat grow,
And the stocks rise,
And the world go around …
By my work.
Paul the Apostle, in a fit of disgust with those who pinned
Medals on their chest, wrote,
“I’ve worked harder than all of you.
But it really wasn’t me.”
It was grace at work within in me.”
Poor Paul.
He can’t escape grace.
Grace gives him the work, and
The strength.
The vision.
The moment.
The opportunity.
The “luck” as some would say.
Just grace.
Damn it all!
Just grace.
To shape these hearts into something sweet and soft.
Kindly and gracious.
Humble,
Grateful.
God gave it all to me: every bit of it.
And God might well take it all away, if that’s what it takes …
To transform hearts of stone into hearts of flesh.
To say the prayer with simple trust:
“Give us this day,
our daily bread.”
Posted by castaway at 7:17 AM